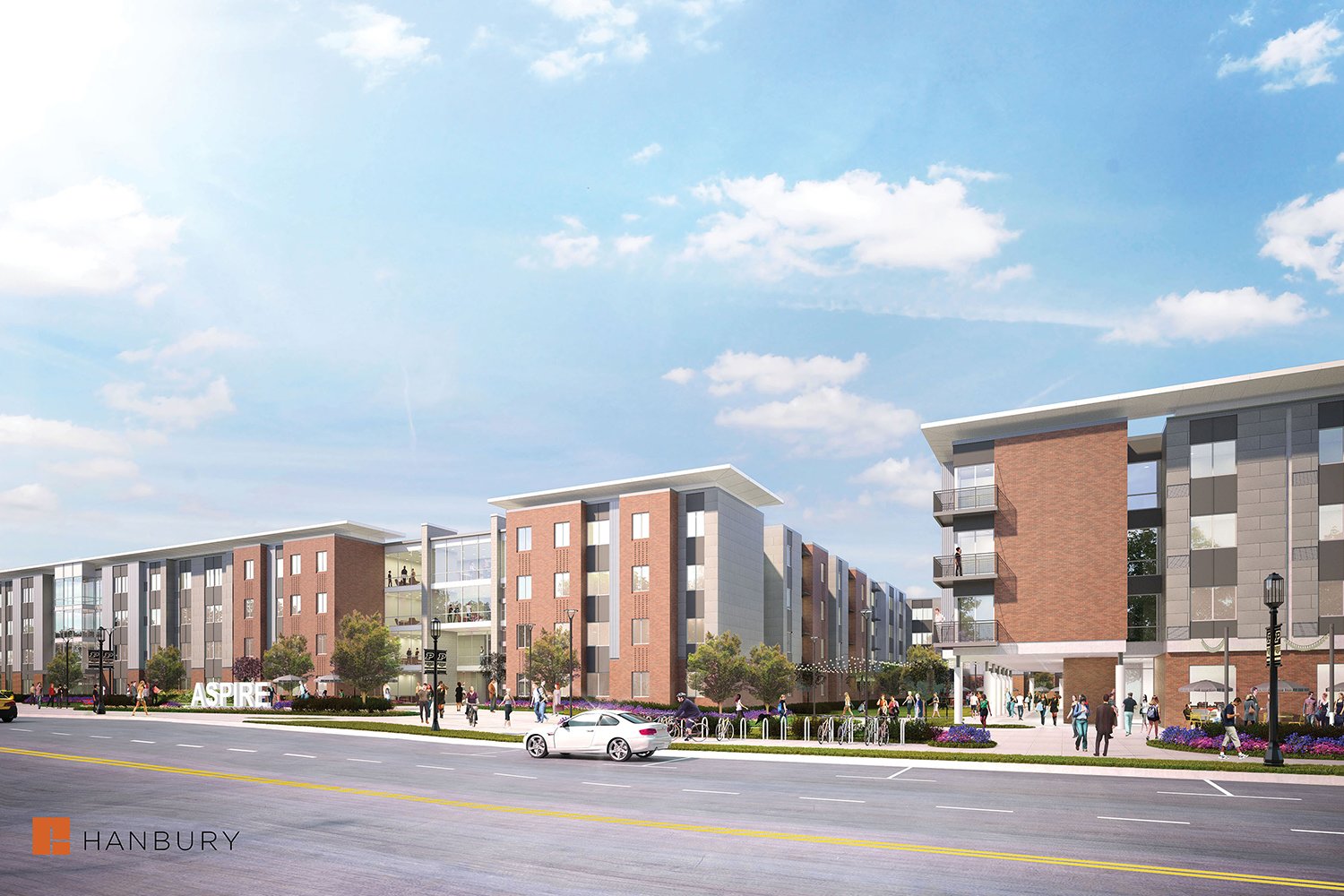 Construction is set to begin this month on a private $86 million, 835-bed apartment complex that is the first facility in a $1 billion development district on the west side of the Purdue University campus,  Purdue Research Foundation officials, and a joint venture between Balfour Beatty Campus Solutions and Walsh Investors announced today (Jan. 9).

Balfour Beatty, a leading developer and operator of infrastructure projects for the college and university market, and Walsh Investors, a Chicago-based infrastructure and real estate investment  firm, report that the four-story, three-building, 387,000-square-foot complex called “Aspire at Discovery Park” includes studio, two-bedroom and four-bedroom apartment styles. Rental pricing of the apartments will be comparable to or lower than similar apartments in the area. The complex also has committed 18,000 square feet for community and retail space in the facilities.

Slated to be complete for August of 2019, the apartment complex will be located on a five-acre tract on the south side of State Street, a major east-west artery running through campus.

“The Balfour Beatty team is excited to be the first major construction in the transformation of the west side of the Purdue University campus,” said Bob Shepko, president of Balfour Beatty Campus Solutions. “Aspire at Discovery Park will be situated in an ideal location for residents to take advantage of all that this new development will offer.”

The Discovery Park District is a partnership development between Purdue Research Foundation and master developer Browning Investments and is designed to provide a preeminent environment for educational, economic, cultural, community and real estate development encompassing several million square feet with a total investment of more than $1 billion.

The 450-acre district will feature 7 million square feet of interior building space including a hotel with conference center; restaurants; retail, office and business spaces; parks; research facilities; and industrial space. The project is planned to take place over a 15- to 20-year period.

“All the developments in and around Purdue University and West Lafayette are carefully planned to support and complement each other and advance Tippecanoe County as a destination to live in and visit,” said John Dennis, mayor of West Lafayette. “Another major advantage is that the Discovery Park District also will allow us to recapture taxes paid to the state through Indiana’s TIF funds to support continued development and prosperity for our city.”

The state of Indiana has designated TIF, or tax increment financing, districts for areas encompassing many of the new developments, meaning the area can recapture some taxes collected by the state and use the funds for additional development opportunities.