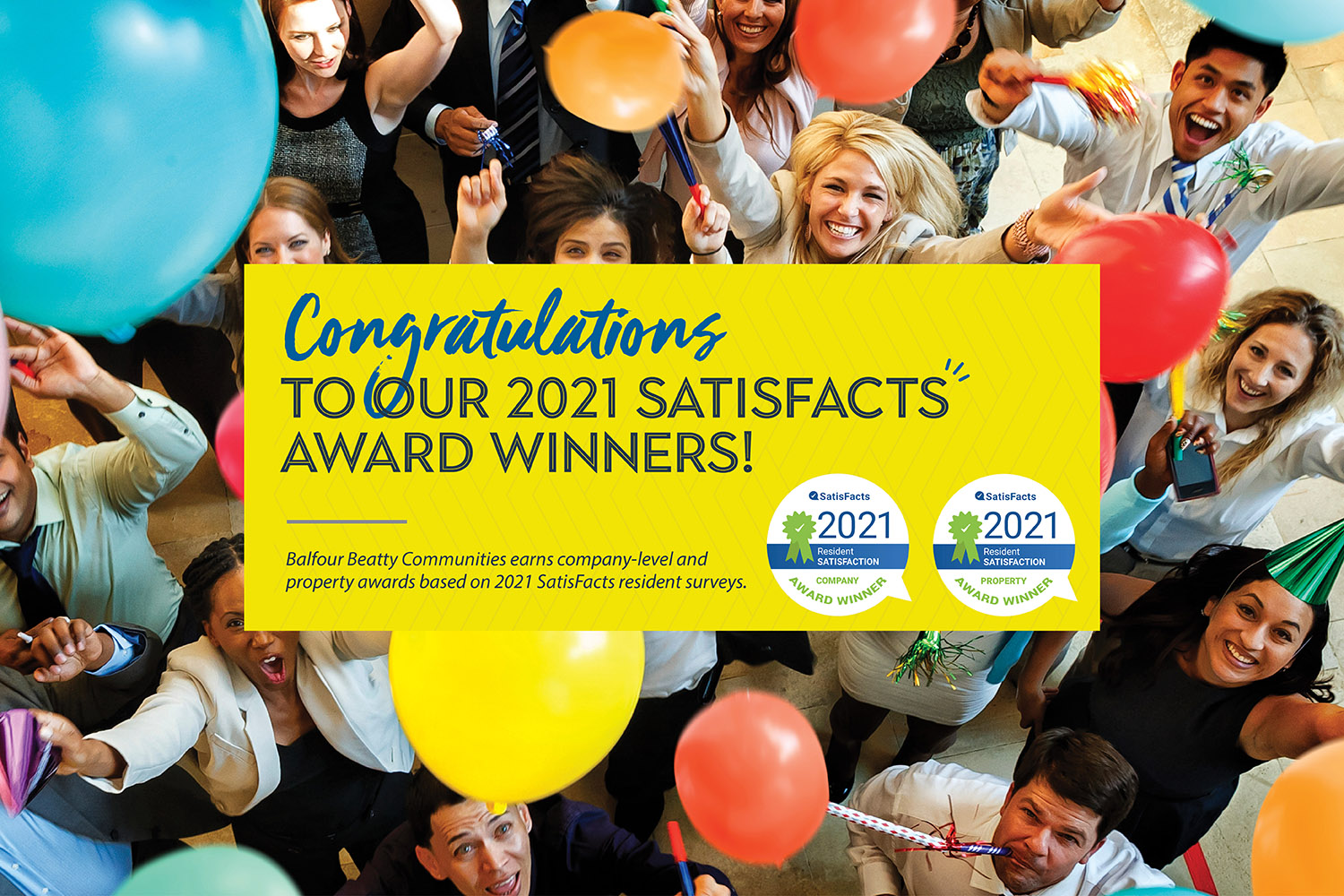 “We are honored to receive this recognition for our efforts to provide exceptional service across our military, multifamily, and student housing properties,” said Chris Williams, Balfour Beatty Communities president. “These awards are a testament to the dedication of our employees who embody our mission-driven culture through the hard work and high-quality services that they provide to our residents, partners, and communities every day.”

The SatisFacts surveys measure the resident experience from move-in to move-out and include resident scores on their interaction with office and maintenance staff on a 5-point scale. The SatisFacts Index allows Balfour Beatty Communities to benchmark resident satisfaction compared to other residential management companies. Balfour Beatty Communities then uses the scores to enhance resident satisfaction, retention, and overall community performance.

This year, SatisFacts received over 40,000 survey responses from Balfour Beatty Communities military housing residents and scored in the top percentile for both move-in and work order performance. These high scores resulted in the company receiving the National Company Award for overall military housing services and National Property Awards across almost all its military properties. For Balfour Beatty Communities’ military housing installations, current reporting indicates the company scored:
• 4.41 out of 5 on overall move-in performance
• 4.61 out of 5 on overall work order performance

Balfour Beatty Communities received similarly high scores across its 18-property multifamily and student housing portfolio, obtaining over 4,200 survey responses from its residents and performing highly on both move-in and work order experiences. The company was awarded the National Company Award for overall multifamily/student housing services and National Property Awards across almost all its multifamily and student properties.