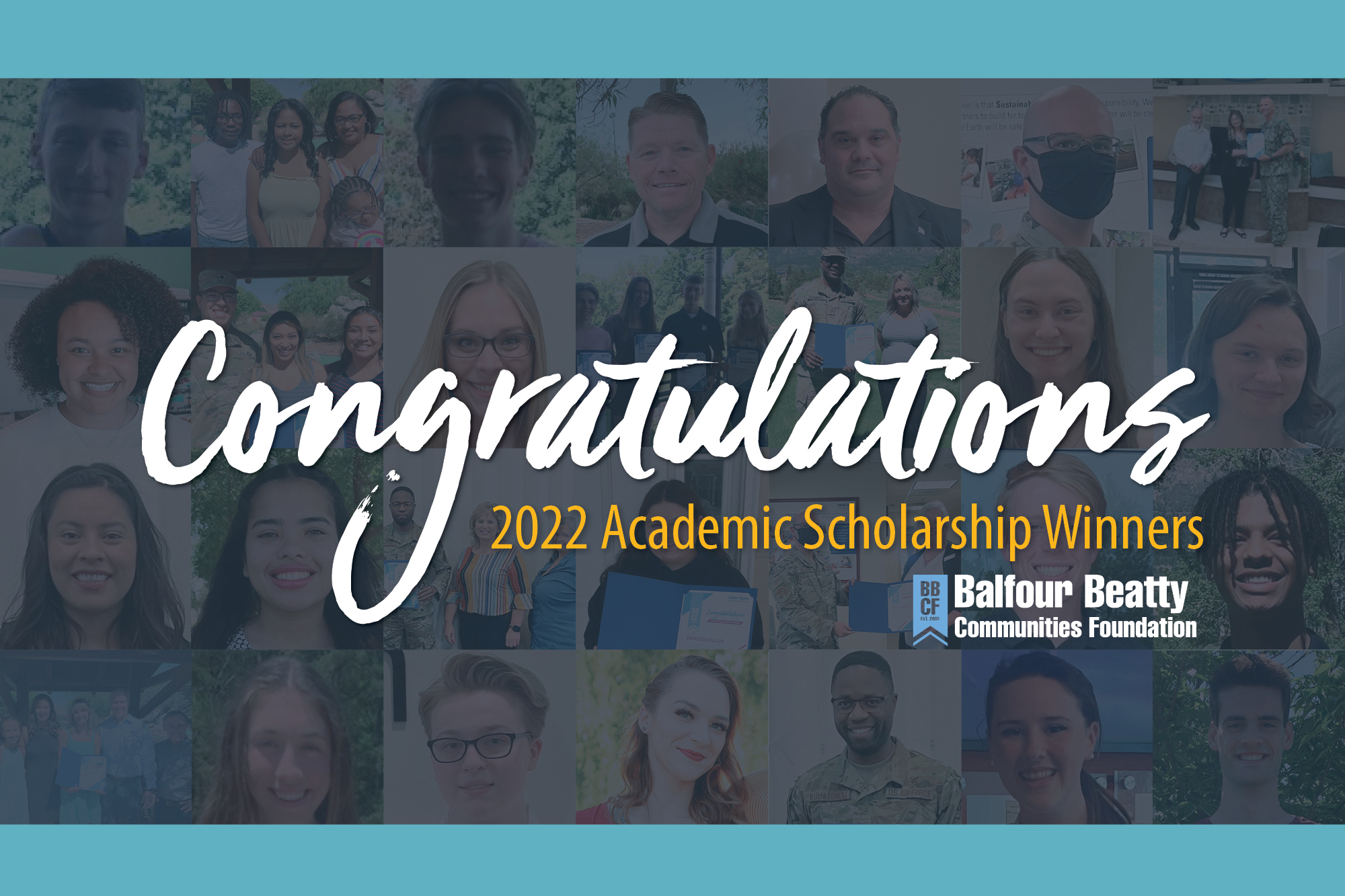 MALVERN, PA --- JUNE 22, 2022 --- Balfour Beatty Communities Foundation, Balfour Beatty Communities’ non-profit organization, announced today that it has awarded 49 scholarships totaling more than $120, 000 to residents spanning the company’s three portfolios—military housing, multifamily housing, and student housing. The scholarships, ranging from $1000 to $3500 each, are awarded as part of the Foundation’s ongoing goal of encouraging and promoting the pursuit of education and commitment to community leadership.

“Balfour Beatty Communities is focused on delivering exceptional living experiences for all of its residents and the annual scholarship program is an important area where the Foundation is making a meaningful difference,” said Kathleen Grim, Balfour Beatty Communities Foundation board member. "The selection committee faced a tough challenge this year as all of the applicants had stellar credentials and impactful stories. The selected recipients are extraordinary members of their communities and we wish them all the very best as they further their education in pursuit of their dreams.”

Balfour Beatty Communities residents, and their dependents, planning to attend an accredited educational or technical institution for the 2022/2023 school year were eligible to apply. Scholarship recipients were selected based on their academic achievements, community and school involvement, and financial need. Of this year’s 49 recipients, 39 are residents of Balfour Beatty’s military housing properties, five are from the company’s student housing, and three from its multifamily properties.

“This award means a lot to me,” said scholarship recipient Shannon Busch. “It’s helping me become a better leader by furthering my knowledge and allowing me to give back to my peers.”

Balfour Beatty Communities Foundation is a Pennsylvania non-profit organization with a 501(c)(3) classification from the Internal Revenue Service of the United States. Financial information can be obtained by contacting Sharon Marcone at One Country View Road, Malvern, PA 19355, (610) 355-8100, smarcone@bbcgrp.com. Additional information may be obtained directly by contacting the relevant state agency noted at https://www.bbcommunitiesfoundation.org/legaldisclosure.