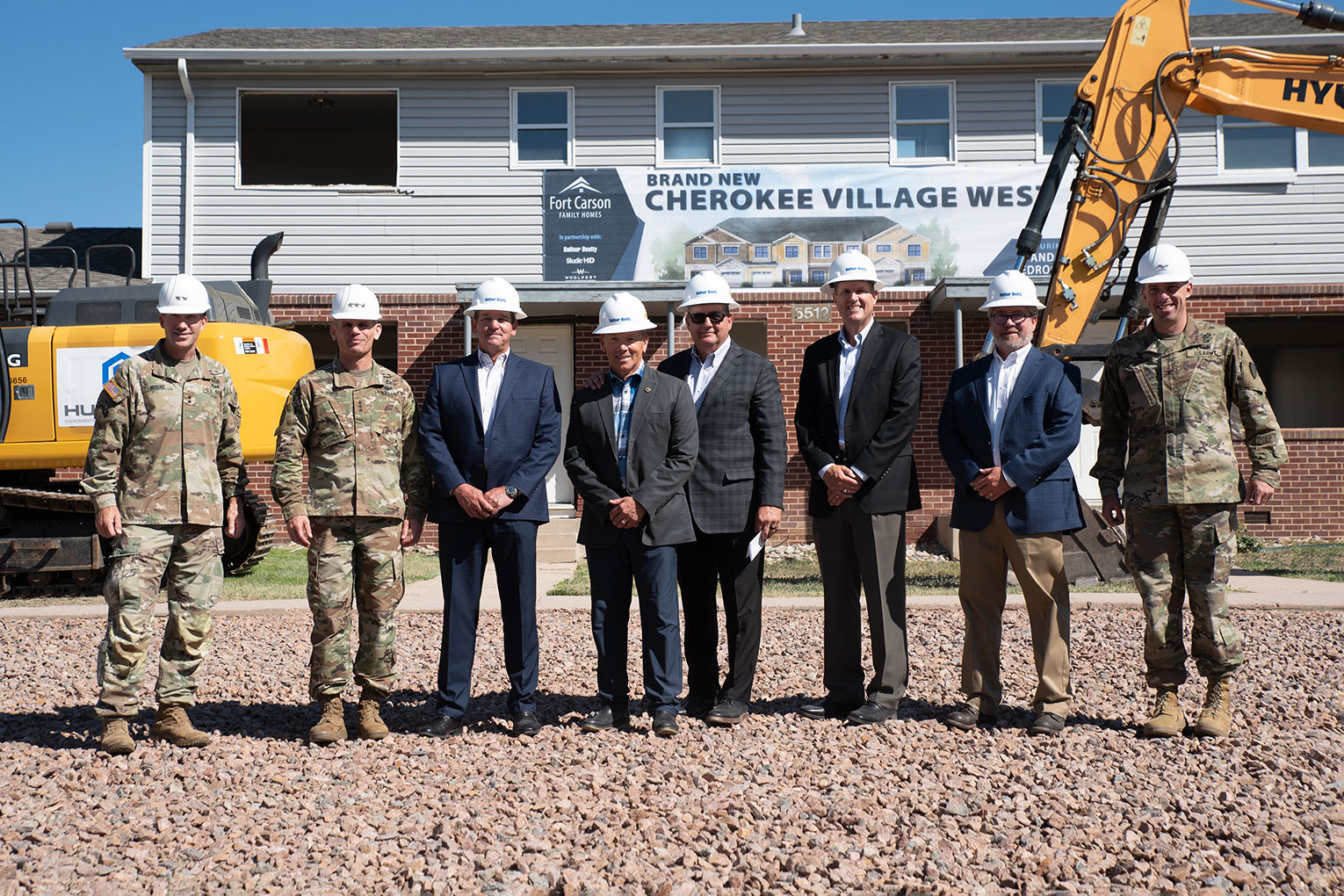 “The goal of the Military Housing Privatization Initiative is to support our service members by providing a quality housing experience,” said Rick Taylor, President, Facilities Operations, Renovations and Construction for Balfour Beatty Communities. “We are pleased to be working with the Army toward our common goal of bringing new, modern homes to Fort Carson and to continue delivering on our commitment to support active duty families.”

The demolition is the first stage of a multi-phased project paving the way for new three- and four-bedroom townhomes that will feature open floor plans, generous storage, updated finishes and flooring, outdoor living spaces and energy efficient systems and appliances. A new playground and covered picnic area is also planned as part of the project.

To make this development project possible, Balfour Beatty Communities continues to work with the Army to secure private financing for Fort Carson and other Army properties in its housing portfolio.

Working with the Department of Defense, as part of the Military Housing Privatization Initiative (MHPI), Balfour Beatty Communities has delivered more than 14,000 new homes and significantly renovated an additional 15,000 housing units. MHPI was enacted in 1996 to leverage private-sector capital and expertise to address the military’s backlog of deferred maintenance by expanding and upgrading housing, with predictable, stable long-term operating costs and performance. Balfour Beatty Communities will finance, develop, build, renovate and operate these projects for at least 50 years.